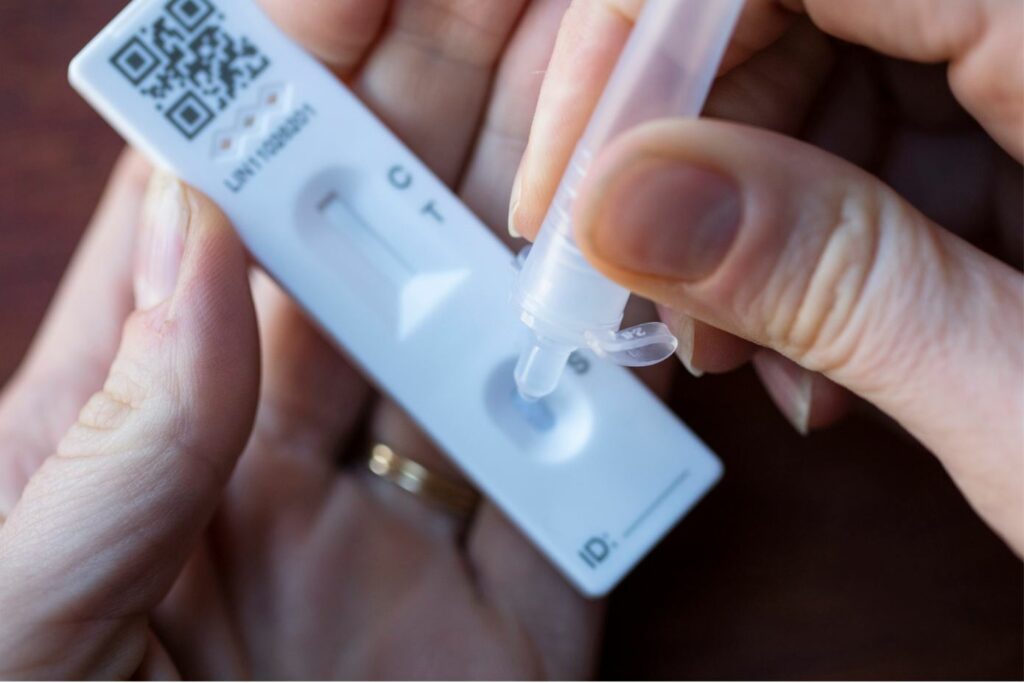 Lateral flow tests (LFTs) are very good at detecting people most likely to spread Covid-19 and positive results should be trusted, say University College London researchers. When LFTs were introduced, they were criticised for being less accurate than PCR tests, which are analysed in a lab. But the study found rapid tests were “a very useful public health tool” for stopping the spread of the virus.

One third of people with Covid can spread it while showing no symptoms. Based on the UCL research, Prof Irene Petersen, lead study author, said people who get a positive LFT result “should trust them and stay at home”. But government guidance says people must get a follow-up PCR test after a positive LFT to confirm they have Covid – and they can end their self-isolation when they get a negative result in a PCR test.

There have been recent reports of this happening in south-west England, leaving people unsure whether to isolate or not. The UK’s Health Security Agency said it was looking into the cause, but there was no evidence of any technical issues with test kits. Prof Petersen said: “When [Covid is] more common, there is no need to confirm it with a PCR – it’s more likely it is a positive,” she said.

When the researchers used a new formula for calculating the rapid test’s accuracy, they found LFTs were more than 80% effective at detecting any level of Covid-19 infection and likely to be more than 90% effective at detecting who is most infectious when they use the test. This is much higher than previously thought, they say. Prof Michael Mina, from Harvard School of Public Health, also part of the research team, said the LFTs could “catch nearly everyone who is currently a serious risk to public health” when viral loads are at their peak.

“It is most likely that if someone’s LFT is negative but their PCR is positive, then this is because they are not at peak transmissible stage,” he said. The rapid tests are widely used in schools, workplaces and for allowing entry to large events to test those with no symptoms.

Since they were introduced in secondary schools in England in March, NHS Test and Trace figures show 103,409 LFT tests have come back positive, 79,000 were matched with a confirmatory PCR and 69,500 of those were confirmed positive (and 7,647 came back negative). There was much criticism of the rapid tests when they were first trialled in Liverpool last year because they were directly compared to PCR tests, which were often described as the gold standard. “This is like comparing apples and oranges,” Prof Petersen said.

The UCL peer-reviewed study concludes that criticism of LFTs for low sensitivity “have reached the wrong conclusions”, “confused policy-making” and “damaged public trust in LFTs”. Health professionals and the public should be aware of what the tests do, said the researchers, writing in Clinical Epidemiology. And they acknowledge that errors in the way people take the tests or in the way they are processed in the lab could affect results – and these factors were not taken into account in their study. The current government guidance says that if you receive a negative follow-up PCR test result, and this PCR test was taken within two days of the positive LFT, you will be told by NHS Test and Trace that you can stop self-isolating.

However, it states that you must continue to self-isolate if the PCR result is positive, you choose not to take a follow-up PCR or the test was taken more than two days after the positive LFT. Dr Sophia Makki, incident director for Covid-19 at the UK Health Security Agency, said: “Around one in three people who have Covid-19 never show any symptoms. “Using LFDs (lateral flow devices) help to find asymptomatic cases who have a high viral load and are most likely to pass on the virus to others.”