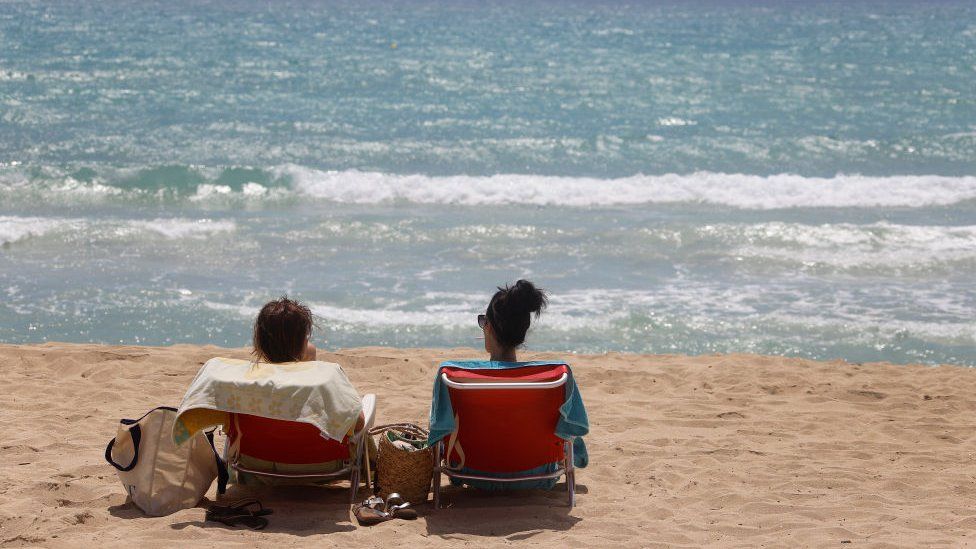 Bookings for flights and holidays have surged following the decision that fully vaccinated travellers returning from amber-list countries will not have to self-isolate after 19 July. Airlines said there was a rapid rise in ticket purchases within hours after the government announced it was relaxing quarantine rules on Thursday. EasyJet said bookings to amber-list destinations increased by 400%.

Analysts said they did not expect flight and holiday prices to rise. Simon Calder, the Independent’s travel correspondent, said he believed some destinations would come down in price because of airlines and holiday companies adding extra capacity. “Because there is so much of the world that has just opened up to those of us who are lucky enough to be jabbed, I’m not seeing any surges in prices,” he said. However, travel agents’ association Abta said prices “may well increase as more people book”, as the industry was “very much led by supply and demand”. “But this must be seen in the context of starting from a low booking base and there are currently very good value deals on offer,” they added.

Consumer champion Which? said previous research found holiday prices before and after government green-list announcements “stayed the same or went down, not up”. nIt said so far, prices had not increased to popular destinations on the amber list. Out of 14 package holiday prices and six flights to Greece, Italy, Spain and Portugal it tracked departing during the peak holiday season in August, 12 packages remained the same price and two increased. Four of the six flights rose in price, although the average fare increase was £7. Rory Boland, Which? Travel Editor, urged people to take news of surging price rises “with a pinch of salt”. “Repeated checks by Which? have found flight and holiday prices do not rise because the government has eased restrictions on international travel, as demand remains relatively low and airlines are able to add more capacity to routes,” he added.

The need to quarantine on return to the UK has hindered the travel industry’s recovery from the pandemic, with many people choosing not to holiday abroad. Under previous rules, those returning to Britain from its top holiday destinations – Spain, France, the US and Italy – all had to self-isolate for up to 10 days. Transport Secretary Grant Shapps said although double-jabbed Britons returning from amber-list destinations would no longer have to isolate, they would still be required take a Covid-19 test before they arrive home and then a second test on or before day two. Children under the age of 18 will not have to self-isolate, but will need to take tests. There is no change to red-list travel restrictions.

Mr Shapps told the BBC the government was working towards extending the exemption to arrivals from those vaccinated in other countries, provided the vaccine had been approved by the World Health Organization, but said that this was complicated because other countries used different systems. He suggested EU arrivals may be the first to be able to bypass the quarantine system: “It’s easier from the EU because they’re creating their own digital passport, it’s more complicated from other countries.” He said the US had 50 different systems for each state. Mr Shapps said he hoped to give more detail in a couple of weeks.

EasyJet said flight bookings from the UK to amber-listed countries had surged 400% following the government’s announcement, adding that holiday bookings were more than 440% up on the previous week. Alicante, Malaga, Faro, Nice and Corfu are among the top destinations for flights this summer, the airline said. Johan Lundgren, easyJet chief executive, said Europe had “now turned green for the double-jabbed”.

“We have always said that vaccination is the key to unlocking travel and this means that millions will finally be able to reunite with family and loved ones abroad or take that long-awaited trip this summer,” he added. He urged the government to “remove expensive testing” for fully vaccinated people travelling to green and amber-list destinations “as we do not want to see a return to flying being a preserve of the rich”. British Airways said “within a couple of hours” of the government’s announcement, it witnessed a 96% increase in the number of views on its website compared with Wednesday last week. Top destinations being searched for included Barbados, Palma, Ibiza, New York, Antigua, Malta and Malaga, the company said.

Holiday companies have also experienced the increase in demand. A spokesperson from Tui told the BBC the tour operator had seen a “surge in website visits showing demand is incredibly strong”. The most popular destinations among their holidaymakers were Mediterranean hotspots such as Spain and Greece, the company said. Meanwhile, Hays Travel said it was welcoming customers who were using travel agents for the first time, “safe in the knowledge that they will be there for them if anything changes”.

“There’s huge optimism from our customers who are booking for the popular destinations – about a quarter of our bookings are for Spain this summer – and also for once-in-a-lifetime holidays,” the operator said. Noel Josephides, director of the Association of Independent Tour Operators, told the BBC that his company’s 2021 passenger numbers to Greece had “finally equalled” its deferred and new bookings for 2022.

“This is the first time this year that this has happened, and is a notable landmark after endless months of deferrals, refund credit notes and cancellations while the travel rules were changed on a regular basis,” he said. However, Mr Josephides said the government needed to “help to reduce” the costs of PCR trests to “circa £10/£12 per test, as is the case in Europe”.

What is an IVD medical device?

An IVD Medical Device is defined in the IVDR as “any medical device which is a reagent, reagent product, calibrator, control material, kit, instrument, apparatus, piece of equipment, software or system, whether used alone or in combination, intended by the manufacturer to be used in vitro for the examination of specimens derived from the human body.

What does in vitro diagnostic use mean?

In vitro diagnostics (IVDs) are tests that can detect disease, conditions and infections. In vitro simply means 'in glass', meaning these tests are typically conducted in test tubes, cassettes and similar equipment, as opposed to in vivo tests, which are conducted in the body itself.

What is In Vitro Diagnostic Regulation (IVDR)?

The IVDR is the new regulatory basis for placing on the market, making available and putting into service in vitro diagnostic medical devices on the European market. It will replace the EU’s current Directive on in vitro diagnostic medical devices (98/79/EC). As a European regulation, it will be effective in all EU member states and EFTA states immediately without need to be transferred into the law of respective states, however national laws may be adapted to back up some requirements in more detail.

When was the IVDR Implemented?

The IVDR came into force on 25 May 2017. Several implementing acts/guidance documents are being issued by the EU commission and are stipulated to complete some of the requirements to be met.

All the usual methods of communication can be used, phone, email, and the contact form on the website. Whichever method suits your needs best, check out the website footer for our contact information. Additionally if you need a face to face meeting we are more than happy to come visit.